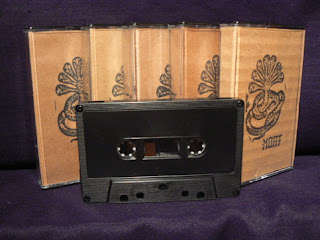 This has been available for a month or two now, but typically, we've neglected to blog about it.

First recorded output from new London band Moat. 4 tracks of brutal, bleak, 90s'style metallic hardcore - though strictly not 'metalcore' - political Catharsis worship, inspired by Orwell and Debord. Poignant lyrics about the fragility of mental health in modern civilisation, and humankind's eternal conflict with nature. A must have.


They have a Split 7" with Tyburn coming out soon on Hemlock 13 records from Leeds, which we'll hopefully stock too.